Archive of texts related to Adolf Hitler including his writings, speeches, and interviews. Also included will be relevant newspaper reports, but the primary focus will be Hitler's own words, especially primary sources from that time period.

All texts are in English, authorized translations when available, otherwise a source will be provided.

Important texts and interviews in chronological order. This does not include speeches. Those will be listed in a separate section.

Hitler writes an autobiographical letter to an unknown doctor 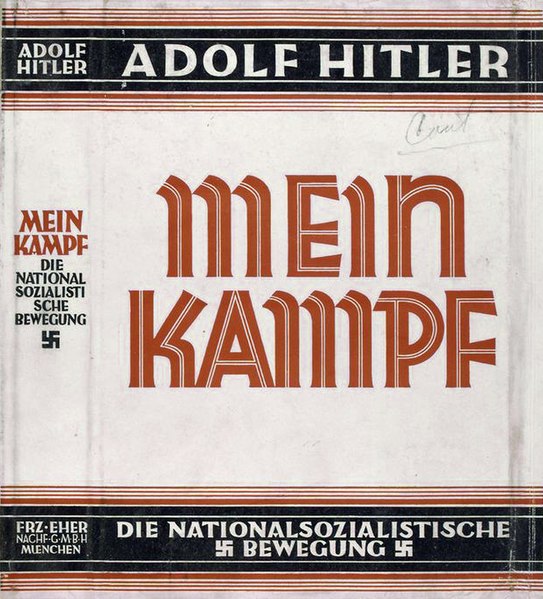 Hitler interviewed by a Jewish Journalist in 1931

Art and Politics
Basis of Nationhood
Restoration of German Liberty

"A Last Appeal to Reason" Speech before the Reichstag, 19 July 1940

Marriage Certificate
Dictated by Adolf Hitler to his secretary early in the morning before suicide.
Hitler's Personal Will - marriage to Eva Braun
Political Testament

The speeches of Adolf Hitler are the most complete expression of his personality. More than any other ruler, it is through the spoken word that he can best be judged.

Adolf Hitler is one of the most prolific orators of all time. Approximately 400 to 500 of his speeches have been published in various forms but the total to date is well over 1500. During the period 1933-36, when he was already much absorbed by the duties of Chancellor of the Reich, he nevertheless found time to deliver about 600 speeches. But besides speaking frequently, Hitler also speaks abundantly. Most of his speeches are very long. From one and a half to two hours is normal length. There are several speeches of three and even four hours' duration.

The force which has ever and always set in motion great historical avalanches of religious and political movements is the magic power of the spoken word.

The broad masses of a population are more amenable to the appeal of rhetoric than to any other force. All great movements are popular movements. They are the volcanic eruptions of human passions and emotions, stirred into activity by the ruthless Goddess of Distress or by the torch of the spoken word cast into the midst of the people. In no case have great movements been set afoot by the syrupy effusions of aesthetic littérateurs and drawing-room heroes.