"The World is a Business" - Network (1976)
The Failed God: Democracy
I Am An Englishman
Immigration, World Poverty and Gumballs
Robert F. Kennedy on GDP
Industrial Society and Its Future - greatest piece of text ever written about the psychology of the far-left.

Joe Rogan Experience #877 - Jordan Peterson
"Political Correctness:" A Short History of an Ideology (William S. Lind)
The Architects of Western Decline: A Study on the Frankfurt School and Cultural Marxism
60 Minutes - "The Loony Left" (1987)
The Sexual Revolution and Children - How the Left Took Things Too Far
Yuri Bezmenov: Deception Was My Job [1:11:20]
Communism By The Backdoor by Dennis Wise [Blocked on YouTube]
The Black Book of Communism
American Betrayal: The Secret Assault on Our Nation's Character

The only thing new in the world is the history you don't know. Harry S. Truman

Who really snubbed 1936 Olympic champion Jesse Owens?
1936 Summer Olympics medal table
German Revolution of 1918–19
America Is Not a Nation of Immigrants
What The Founders Really Thought About Race - Jared Taylor
Legion Freies Indien (Free India Legion)
Führer Directive No. 30
Haavara Agreement
The official name of the Berlin Wall was...
The largest ethnic cleansing in history
The Sexual Decadence of Weimar Germany, by Lasha Darkmoon
Germany Must Perish! by Theodore N. Kaufman
Ernst Zundel - Interviewed by an Israeli journalist (1996) - Blocked on YouTube
Hellstorm (2015)
Focus: A Footnote to the History of the Thirties. By Eugen Spier Video explaining the significance of this book.

As long as Nationalism and Socialism march as separate ideas, they will be defeated by the united forces of their opponents. On that day when both ideas are molten into one, they will become invincible! Adolf Hitler


Goebbels: Why Are We Nationalists?
Goebbels: Questions & Answers for National Socialists
Life In Hitler's Germany - Michael Walsh
The Triumph of Reason - The Thinking Man's Guide to Adolf Hitler by Michael Walsh 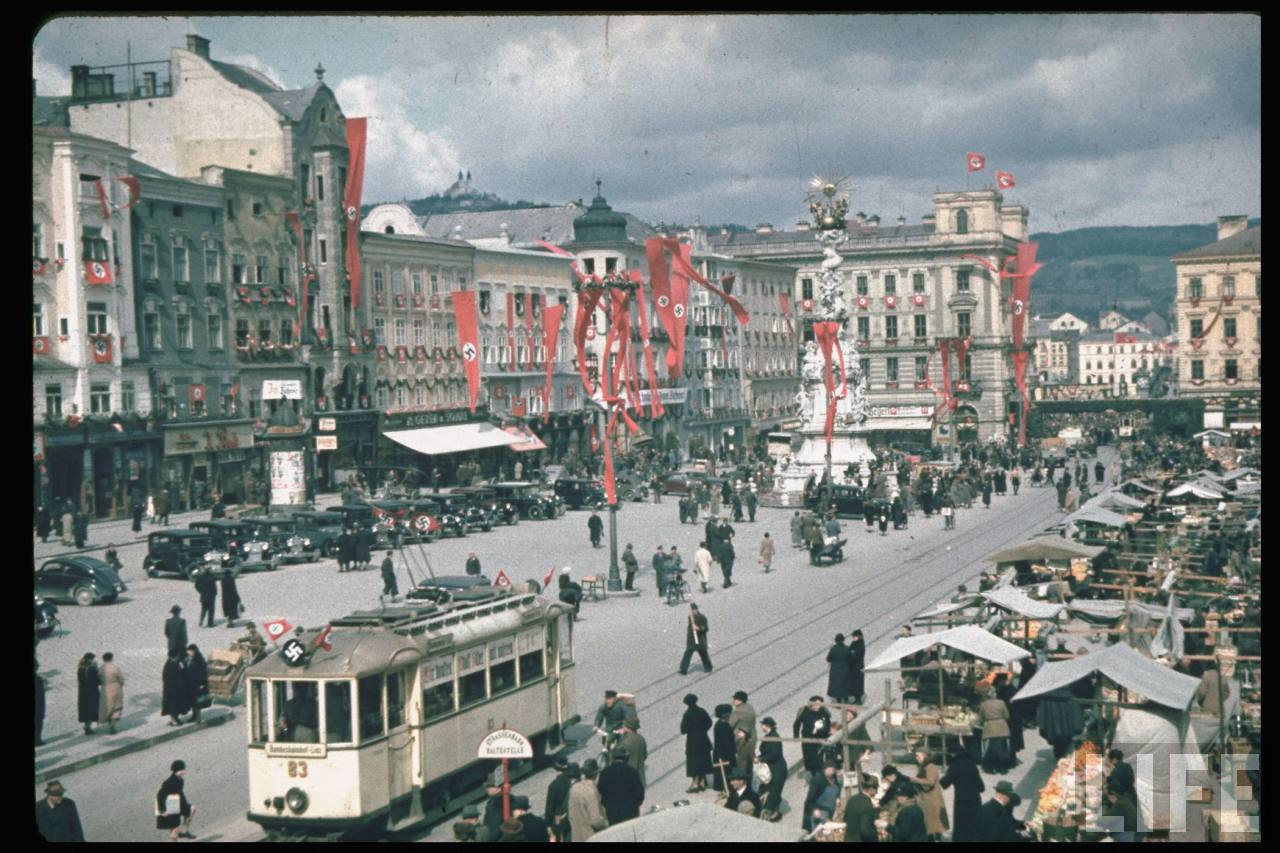 Every great idea needs two things, the will to power and clear goals. The will to power, to liberation, lies glowing and strong in our hearts, Gottfried Feder has in his book, The German State on a national and socialist foundation, presented our goals clearly and simply and in a way understandable to everybody. In it the hope and longing of millions has found a form and powerful expression. The literature of our movement has in it obtained its catechism.

[Listening to a lecture by Gottfried Feder] For the first time in my life I heard a principled discussion of international stock exchange and loan capital. Right after listening to Feder's first lecture, the thought ran through my head that I had now found the way to one of the most essential premises for the foundation of a new party.

I do not want to promise them that this resurrection of the German Volk will come of itself. We are willing to work, but the Volk must help us. It should never make the mistake of believing that life, liberty and happiness will fall from heaven. Everything is rooted in one's own will, in one's own work. ... It is not for ideas that we live, not for theories or fantastic party programs; no, we live and fight for the German Volk, for the preservation of its existence, that it may undertake its own struggle for existence... Adolf Hitler. First Speech as Chancellor of Germany in 1933 (over 20 million listeners) 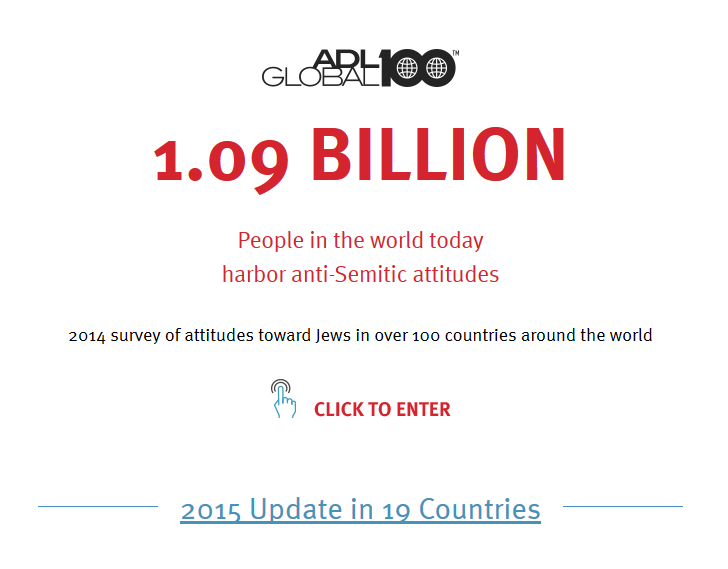 If this hostility, even aversion, had only been shown towards the Jews at one period and in one country, it would be easy to unravel the limited causes of this anger, but this race has been on the contrary an object of hatred to all the peoples among whom it has established itself. It must be therefore, since the enemies of the Jews belonged to the most diverse races, since they lived in countries very distant from each other, since they were ruled by very different laws, governed by opposite principles, since they had neither the same morals, nor the same customs, since they were animated by unlike dispositions which did not permit them to judge of anything in the same way, it must be therefore that the general cause of anti-Semitism has always resided in Israel itself and not in those who have fought against Israel. Bernard Lazare, L'antisémitisme: son histoire et ses causes (1894)

What is the Jewish Question? Greg Johnson explains

The Jewish Question by Love Life and Anarchy [~2.5 hour documentary]

Occupation of the American Mind - Israel and US public opinion
The Lobby - 4 parts. Part 4 is a must watch!
The Lobby - USA
Part 1
Part 2
Part 3
Part 4

The Israel Lobby and U.S. Foreign Policy
They Dare to Speak Out: People and Institutions Confront Israel's Lobby by Paul Findley


[Bolshevism] among the Jews is not new. From the days of Spartacus-Weishaupt to those of Karl Marx, and down to Trotsky (Russia), Bela Kun (Hungary), Rosa Luxembourg (Germany), and Emma Goldman (United States), this world-wide conspiracy for the overthrow of civilization and for the reconstitution of society on the basis of arrested development, of envious malevolence, and impossible equality, has been steadily growing. Winston Churchill


The Racial Conception of the World

The history of the world is the history, not of individuals, but of groups, not of nations, but of races, and he who ignores or seeks to override the race idea in human history ignores and overrides the central thought of all history. W.E.B. Du Bois

The Race FAQ by Steve Sailer
Making Sense of the Concept of Race: A Race Is An Extremely Extended Family
The Population Cycle Drives Human History - from a Eugenic Phase into a Dysgenic Phase and Collapse
The Evolutionary Dominance of Ethnocentric Cooperation
The Bell Curve Explained by Charles Murray
Idiocracy - Opening Scene
Race or Mongrel by Alfred P. Schultz [Selected Excerpts]
The Passing of the Great Race by Madison Grant [Selected Excerpts]
A genetic atlas of human admixture history
Race, Evolution and Behavior - Rushton 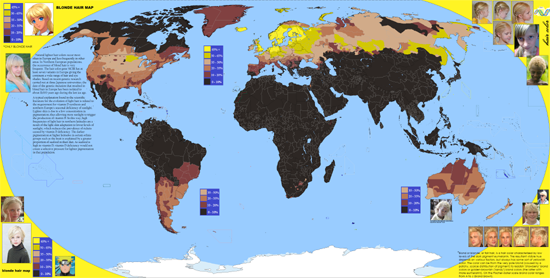 The whole of human history does not contain a single instance of a group becoming civilized unless it has been absolutely monogamous, nor is there any example of a group retaining its culture after it has adopted less rigorous customs. J. D. Unwin

Civilisation - BBC TV series 1969
Pornography: Just Another Form Of Mind Control - Dr E Michael Jones
The Fate of Empires and Search for Survival by John Glubb [Summary]
The Return of Patriarchy
Hjernevask ("Brainwash") - A Norwegian documentary series exposing the nonsense of the left that eventually led to the shutdown of Norway's gender institute.
How the Feminists' "War against Boys" Paved the Way for Islam
Jonathan Bowden "We're Not Ashamed" Commemoration
The European Grammar of Self-Intolerance [Jonathan Bowden]